Excerpts from the article in the September/October 2012 issue of  Porsche 356 Registry.

For comparison purposes, a Volkswagen in the U.S. cost $1,695.00 plus tax plus miscellaneous charges (about $100-150). The same car for a soldier in Germany was $1,130 and no tax. Despite the low cost and incentive, very few GIs could afford a VW let alone a Porsche. In fact the overwhelming majority of soldiers had no car. They relied on Germany's marvelous and inexpensive taxi and train systems.
I drove my Porsche throughout Europe and England. As a soldier gas was cheap, only 13 cents a gallon. Traffic on the Autobahn was not especially heavy because in 1956 only 1 in 25 Germans owned a car (Christophorus, English Ed; Vol. 1, No. 3, p. 1, 1956). But you did had to be aware of American tank columns on the move. The famous Autobahn had no speed limit. However, a sign of the future was a 100 kmh limit in the Heidelberg area because of increasing traffic. Off the autobahn, the roads were challenging, picturesque, historical and just plain fun.
The "Porsche Family" was not genetic but was comprised of all the company's managers, workers, representatives, mechanics and the Porsche customers and drivers. The Zeitgeist (spirit of the times)  was a synergistic interaction of affection, courtesy, service, reliability, loyalty and professionalism so unique to that time and place that it will never be duplicated. Whenever we passed another Porsche both drivers always blinked their headlights to say hello and to acknowledge our kindred spirits.

When I left Germany, I shipped my car from Bremen to New York City and thence Newark, New Jersey. The transportation cost was $157.23. Subsequently, I drove across the United States, using in part the original Route 66 from Chicago to California, a wonderful and now historic route.

When discharged from the Army, I went to a four year s of college and drove the Porsche the entire time. It was a wonderful car to have as a college student. In 1965, upon leaving for graduate school at UC Berkeley and because of money pressure, I sold the car to my younger brother with the stipulation that he would sell it back to me. But without asking or telling me, he sold it to unknown party. This really upset me. The purchasing party is unknown beacuse my brother died at a very early age, I did not get a chance to really discuss it with him. However, I am still in possession of every document associated with the car during its German period.
Finally I currently own a concours condition, white with a black interior, 1956 Speedster and a Boxster. I drive the Speedster up the Pacific Coast very early every Sunday morning when no other cars are on the road. And for a couple hours, I am 19 years old again. 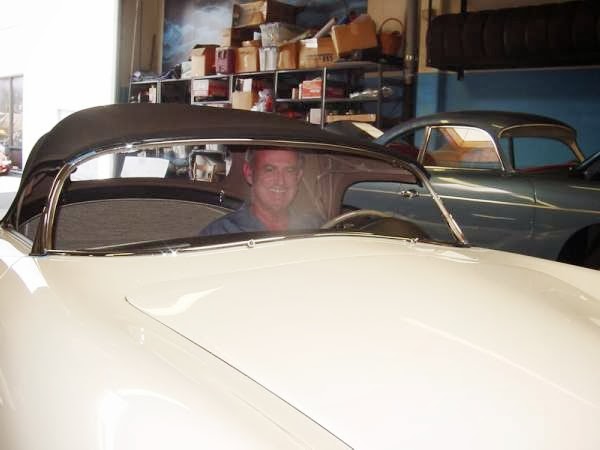 If you have a vintage Porsche Repair or Restoration project contact Wayne Baker expert - give us a call at (858) 586-7771 or e-mail waynebaker@earthlink.net http://www.personalizedautohaus.com
Posted by Personalized Autohaus at 5:25 PM No comments:

Porsche 356 Friends: the registration is now open for this year's West Coast Holiday in Stevenson, WA along the Columbia River if you are planning on attending from Aug 27 through Aug 31.

Go to www.westcoastholiday.org for more information and the registration form

Hope to see you there 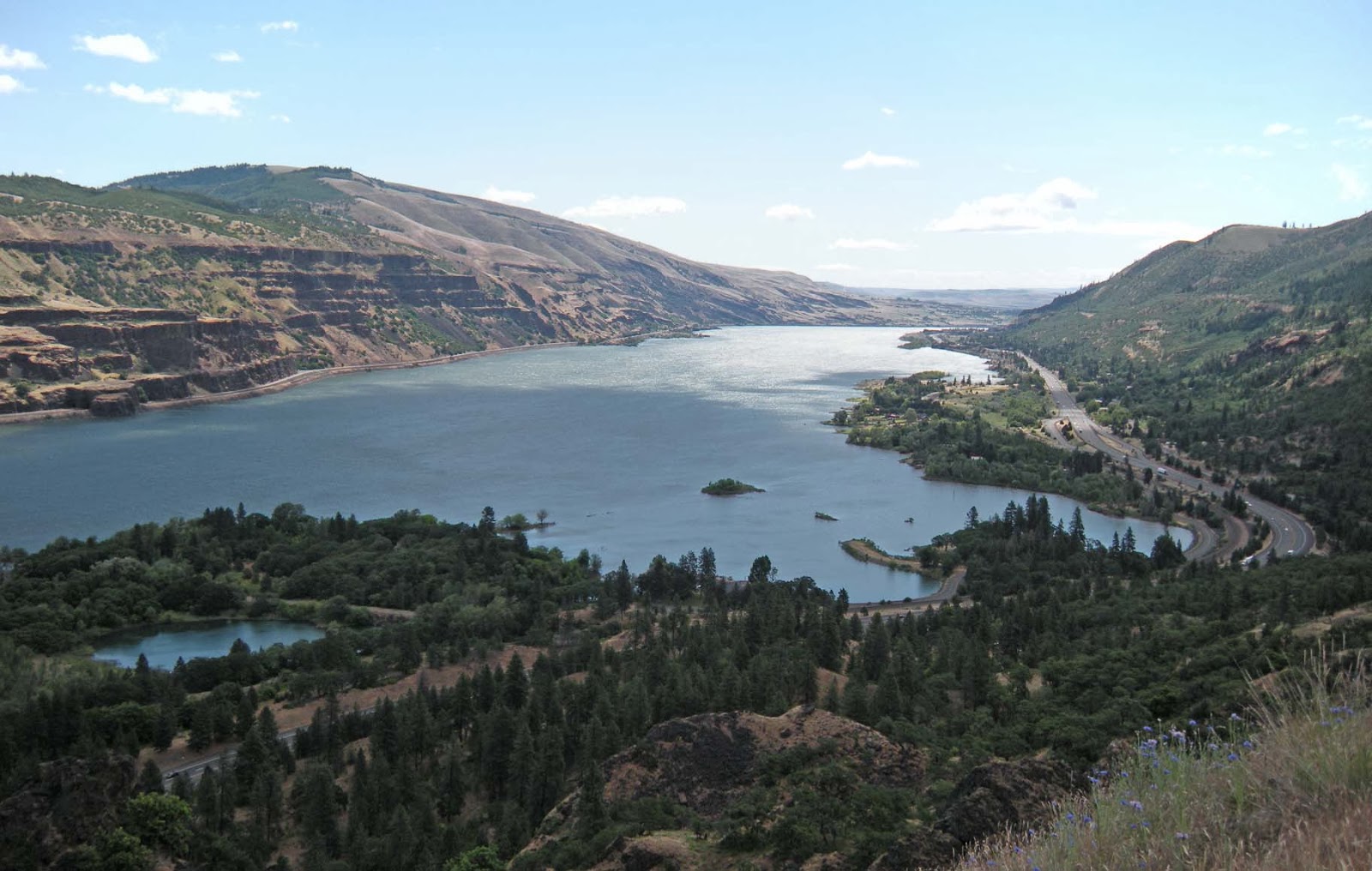 If you have a vintage Porsche Repair or Restoration project contact Wayne Baker expert - give us a call at (858) 586-7771 or e-mail waynebaker@earthlink.net http://www.personalizedautohaus.com
Posted by Personalized Autohaus at 12:46 PM No comments:

New "horse" in the stable for Wayne Baker Racing/Personalized Autohaus

Newly acquired 1967 911S race car for the 2014 race season which is to start at the end of next month in Sebring Florida. With Mel Andrews driving is 914/4 and 904 clone and Franck in his 1970 Porsche 911 previously owned by the former Tony Kopacz, this will be Franck's first race under the Wayne Baker Racing banner. Here's to a very successful racing year. Vintage Porsche Race preparation, transport and driver mentoring packages are available upon availability; please contact waynebaker@earthlink.net or call Wayne on his cell (619) 743-1356
Posted by Personalized Autohaus at 4:19 PM No comments:

Glenn Roberts, Chief Porsche mechanic at Personalized Autohaus has been working hard this new year on a couple of projects. Glenn is our restoration specialist having restored numerous 356 Porsches including Speedsters, Cabriolets and Coupes, 904's, 910's, RSR's, early 911's, 914's and 911 Turbo's. He has been with Personalized  Autohaus, Inc. since 1977 and it has been just recently that the 912s came out of the garages and became much of  interest as restoration projects. This is due to the increase in value of the 912s made by Porsche between 1965 and 1969; which has a 911 chassis/body but a 356 style engine.
Glenn laid out the new transmission parts to be assembled for a 1967 912: 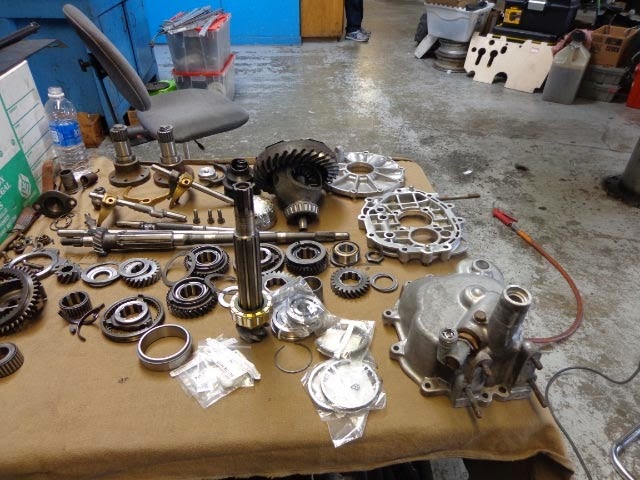 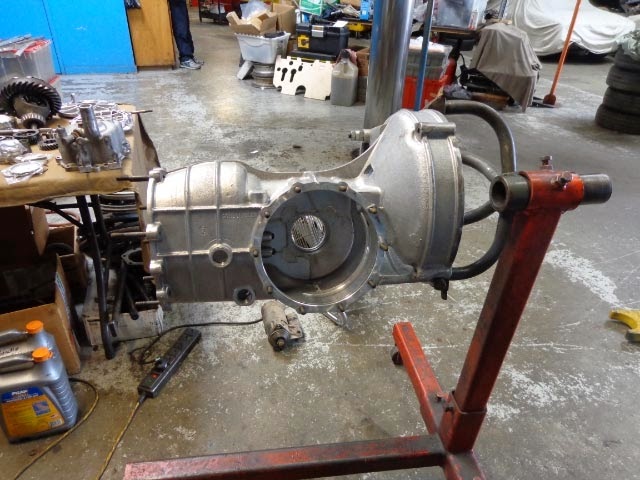 Picture of a 1966 912 engine that is freshly overhauled and almost ready to be installed: 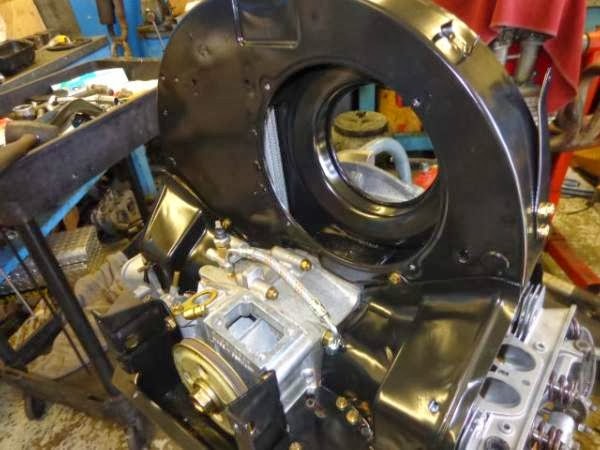 If you have a vintage Porsche Restoration project talk with Wayne Baker expert - give us a call at (858) 586-7771 or e-mail waynebaker@earthlink.net http://www.personalizedautohaus.com
Special inquiries contact Wayne Baker's cell at (619) 743-1356
Posted by Personalized Autohaus at 3:02 PM No comments:

Well...another year went by. We rang in 2014 with our 356 Porsche friends and went for a local San Diego area drive-out together. We started on the 5 South to the 94 East to Lyons Valley and through Alpine we were driving the winding roads in the hills East of San Diego area. There were about 24 of our San Diego Porsche friends who joined on this ride:  ten 356s, two 911s, and one 928. We have met at the organizer's home in Mission Hills and we had breakfast with scones and cappuccino. As always our group in a row was a head turner with the locals cheering. We ended our drive with a nice lunch at a new restaurant and then we all went our separate ways. What a great way to start the New year! Hopefully this would be an annual event. All cars performed flawlessly and there were some happy Personalized Autohaus customers as well,  who enjoyed their new year's drive. www.personalizedautohaus.com

Posted by Personalized Autohaus at 1:24 PM No comments: 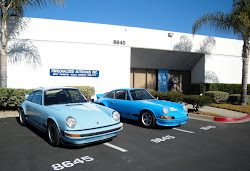